On the Leeds Roll of Honour, Private 15361, T H Tillotson, is listed as having joined the 2nd Battalion, the Coldstream Guards. He had been a champion swimmer when he volunteered in February, 1915, giving his address as 31, Algeria Street, Beeston Hill. After training he was sent to the Western Front and trench warfare. In July, 1916, Kitchener launch the Somme Offensive. Troops went over-the-top, expecting that the artillery had knocked out the German gun emplacements. Instead, the troops ran in straight lines into machinegun fire. On the first day, Britain sustained 57,470 casualties, including more than 19,000 KIA. By the end of the offensive in November, the Allies had gained only 10 kilometres of ground. Britain had suffered 420,000 casualties, France 200,000 and Germany 500,000. T H Tillotson died on 16 Sept, 1916 and is buried in Thiepval, France. His parents received his War and Victory medals as well as the Death Plaque, known as 'The Dead Man's Penny.' 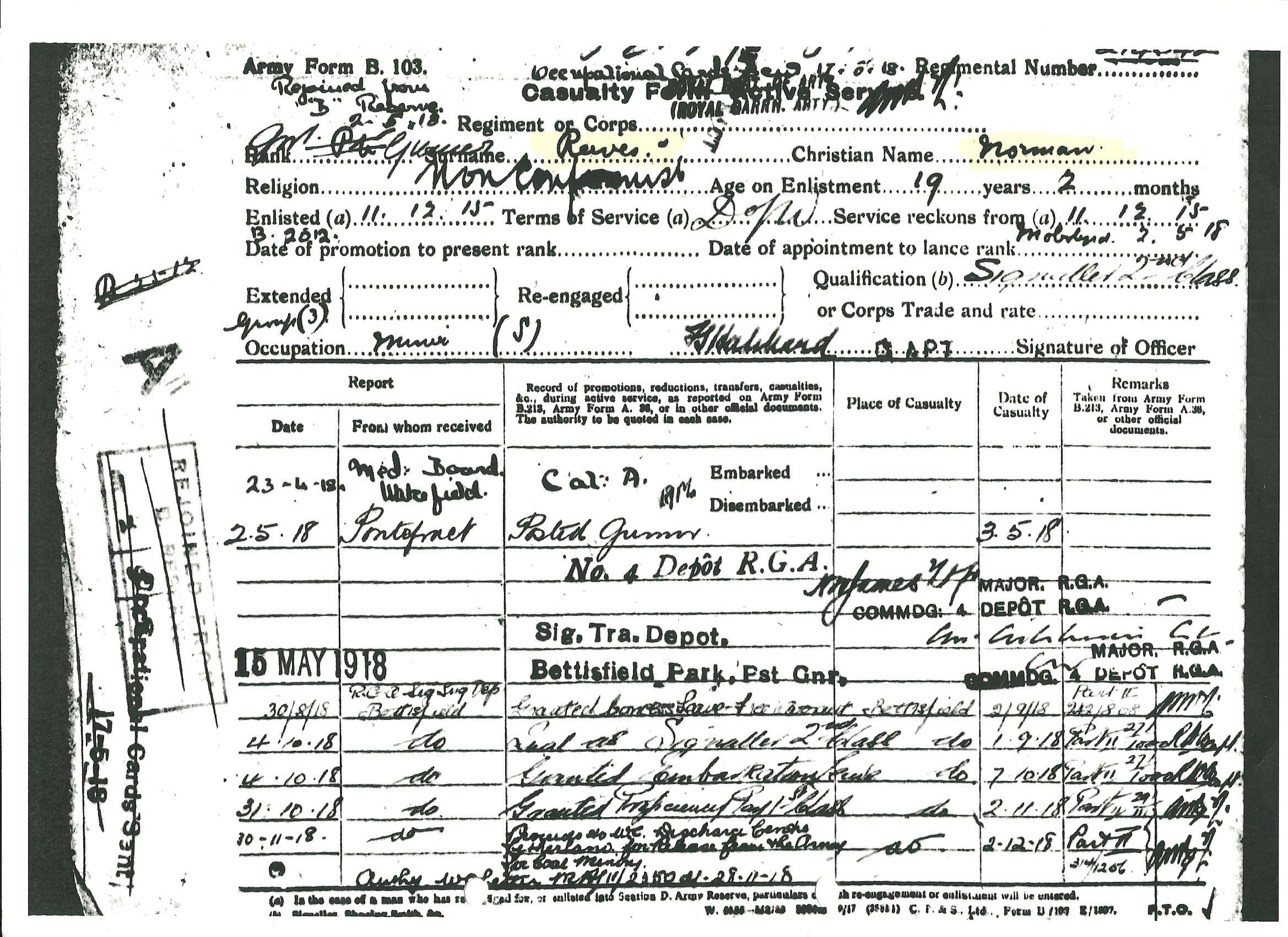