The trophy was presented to the HSRFU in 1921 by Councillor W H (Billy) Gilston, who had been a founder and captain of the Hunslet Club in 1883. Originally a knock-out cup, after the Second World War it was presented to the winners of Senior League B. From 1967 until 1985 it was used as the U14 knock-out cup and then re-introduced for the U12 competition in 2014. The trophy bears the inscription: For the annual competition amongst the boys of Hunslet to encourage a love for Healthy Outdoor Sports. 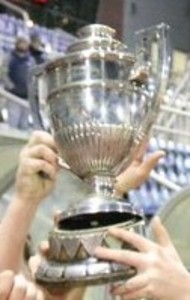