Mark was born in Hunslet in about 1891. He was a coalminer who joined the 10th Battalion, Cameron Highlanders, also known as the Scottish Rifles. These were well-respected front-line troops who were led into battle by a piper. Private 40157 Kay would have seen fighting at Ypres. In total, there were 650,000 casualties on the Allied side around Ypres, including 200,000 killed in action. Mark Kay was one of these, dying on 1 Aug, 1917. He is commemorated on Panel 22 of the Menin Gate in Belgium. 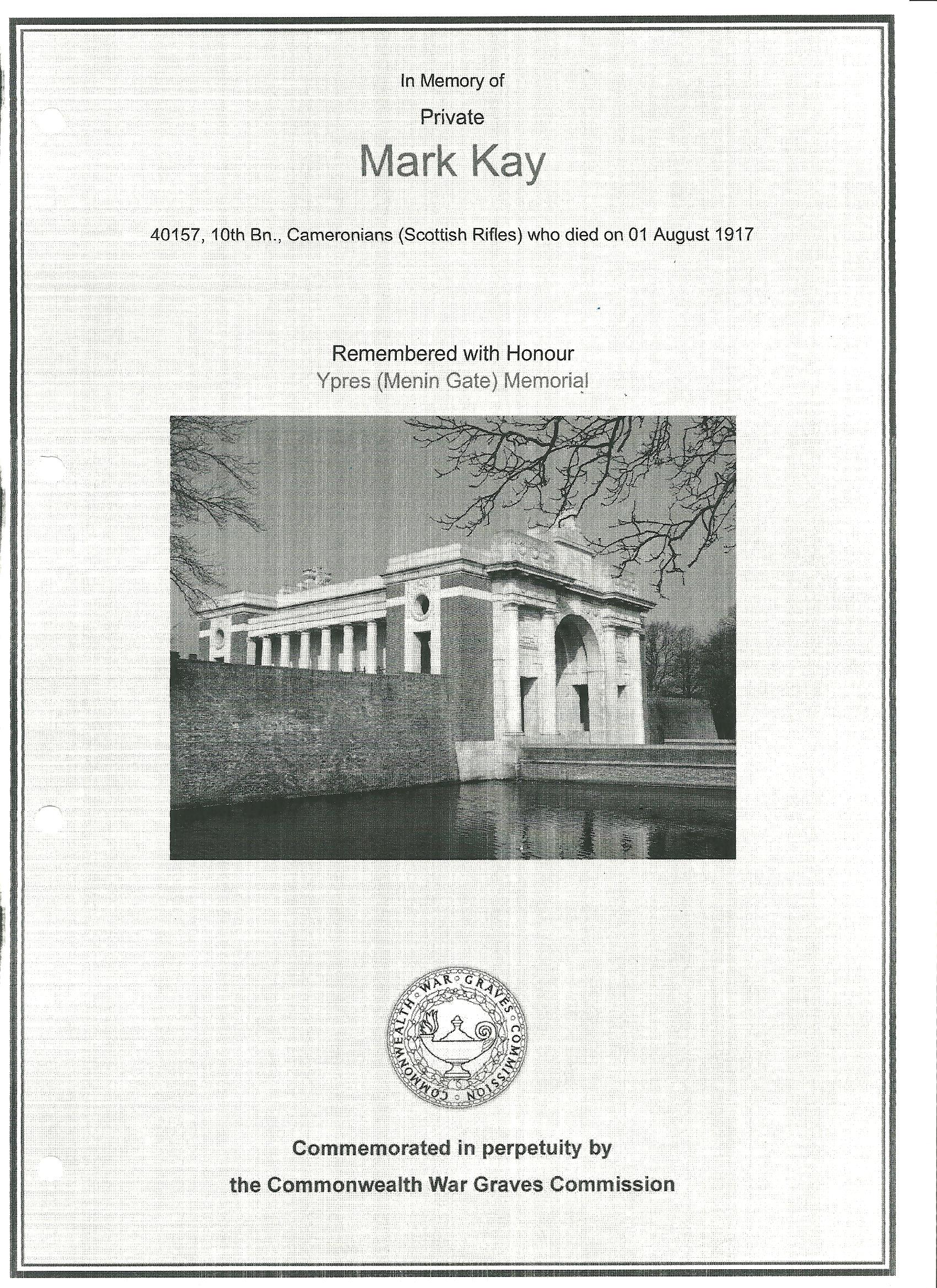